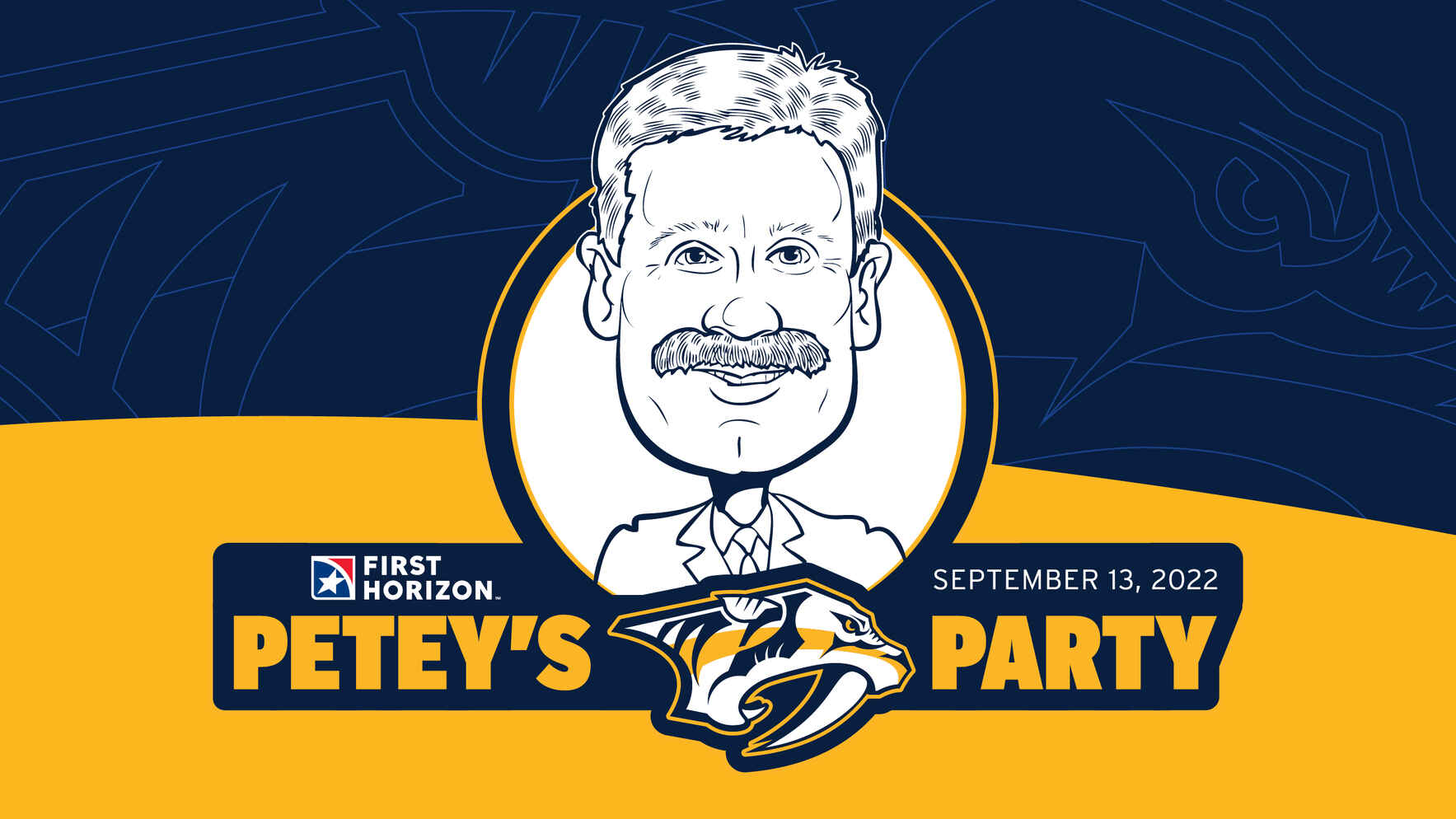 Petey's Preds Party accompanies the Brent Peterson Golf Classic and is an evening at Bridgestone Arena that features a stand-up comedian, rare hockey items up for auction and delicious food.

The eleventh annual Petey's Preds Party will be held Tuesday, September 13, 2022, and includes a performance by magician/comedian Stephen Bargatze.

The Magic of Stephen Bargatze
Stephen Bargatze has been a professional magician for over 40 years. He is an International Brotherhood of Magicians Champion; a 2-time Comedy Award winner; and International Brotherhood of Magicians-First Place Close Up Award Winner.
He has worked in a variety of venues, theatres, comedy clubs, churches and corporate functions of all types. But even with all the awards and accolades and success he is most recently known as "Nate's Dad". His son, comedian Nate Bargatze, has had unprecedented success on Network Television, Netflix, and sold-out shows. It's an added bonus for Nate's fans when Stephen appears, as he often does, as his opening act!
Stephen's genuine personality and keen comedic timing endears him to audiences everywhere. He masterfully creates a strong relationship with his audiences as they are no longer merely spectators but find themselves caught up in the comedy and uniqueness of Stephen's very own brand of clean comedy and magic.

Support us with a donation.